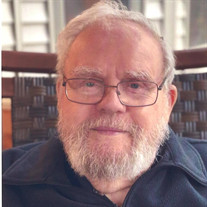 Robert M. Anderson was born May 16, 1931, in North Easton, Massachusetts, 9th child of George and Agnes Anderson. He left this life from his home in Boulder Junction on April 23, 2022, to a far better place free from pain. Robert attended school in North Easton and as a teen was active in the Covenant Church there. His early college years were spent at North Park College in Chicago and then attended North Park Theological Seminary. His required year of seminary internship was spent at Courtland, Kansas, where he remained for four additional years. During that time, in addition to serving the church part-time, he attended Bethany College in Lindsborg, Kansas, and then received his bachelor’s degree from the University of Nebraska-Lincoln. Following his graduation, he married Mary Merkey of Buckeye, Kansas, on June 17, 1955, and loved to say he received his bachelor’s on Monday and lost it on Friday! He and Mary both taught school for two years in Courtland before Bob returned to Chicago to complete his seminary requirement. He received his Master of Divinity from North Park Theological Seminary in 1960. He moved to pastor a new group worshipping in Joliet, Illinois, and there organized the Calvary Covenant Church and after a few years supervised construction of a new building. In 1964, the Community Church of Boulder Junction called Bob to be their pastor. He remained the pastor at the church until his retirement in 1993. Following his retirement, he worked for five years as Santa Claus in California during the Christmas season. Bob was a passionate woodworker and loved being in his shop or just sitting by the river. In addition to pastoring the church in Boulder Junction, he was well known throughout the area. Bob served on the boards of healthcare facilities: Northern Rehabilitation Associates, the Lakeland Council on Alcohol and Other Drug Abuse, Dr. Kate Convalescent Center, Howard Young Medical Center, and Howard Young Health Care. He was also active in the organization of North Lakeland School District, served on the board of Tri-County Alcohol and Drug Abuse and was active in the beginning and success of the Community Food Pantry in Boulder Junction. Bob was an active volunteer of the Boulder Junction Library and served as treasurer of the Friends of the Library for many years. He was also a member of the volunteer Boulder Junction Fire Department for many years and continued his involvement by volunteering at the Annual Chicken BBQ. Bob always had time to talk with anyone, especially young people in the community. “Hi, Rev” was a common greeting from the kids. Preceding Bob in death are his parents, nine sisters and brothers. He is survived by his wife; Mary, children; Kurt (Jeanette), Karla (Dennis) Westphal, Kreg (Tracey); 11 grandchildren; 10 great-grandchildren; sister-in-law Rose Anderson and many nieces and nephews. A Celebration of Life service will be held at the Community Church in Boulder Junction on May 7, 2022. Visitation will be at 10:00 AM and service at 11:00 AM, followed by a light lunch. In lieu of flowers, memorials to the Community Church in Boulder Junction are suggested or to a charity of your choice.

Robert M. Anderson was born May 16, 1931, in North Easton, Massachusetts, 9th child of George and Agnes Anderson. He left this life from his home in Boulder Junction on April 23, 2022, to a far better place free from pain. Robert attended school... View Obituary & Service Information

The family of Robert "Bob" Anderson created this Life Tributes page to make it easy to share your memories.

Send flowers to the Anderson family.