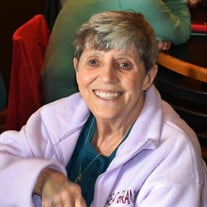 They say life is a sum of all its parts. You can’t have the sum without starting at the beginning. And the beginning for Monica Katherine Hewitt (nee Spotofora) started on November 10, 1935, in Joliet, Illinois. She was born the only daughter among three children for her parents Jack and Viola Spotofora (nee Girard) Monica was the younger sister to her now late brother, Jack Jr., and she was great friends with him and his late wife Lillian. Her surviving twin brother, Frank (wife Barbara), was someone she always felt connected to, even as they aged and had many miles and states between them, their similarities and connection were remarkable. Coming from a newly settled Sicilian family, Monica spent time growing up helping with the family restaurant and nightclub, where the likes of Sinatra came to sing. It was here she first learned to cook and share food with those she loved. Ask anyone who knew her and they would tell you Monica always made sure you were fed and taken care of. At the age of 18, Monica met the love of her life, Clyde Hewitt, and the two were wed on May 22, 1955, in the Aurora County Courthouse. They lived a long life together until Clyde passed in January 1992, at the time having spent nearly 37 years married and even more time together. Family was important to Monica, who viewed herself as the stubborn, self-proclaimed independent (in spirit), feisty matriarch. She had two beloved children, Renee and Christopher, and also considered their spouses Ricky Ney and Ann Hewitt (nee Cramblit) to be like her own. Her children survive her and will keep the spirit of her hospitality and love of family alive. Her family happily expanded with three grandchildren and a growing number of great-grandchildren. Her first is Rachel Weitendorf (nee Ney) married to Fritz. They have three children, Evelyn and Charlie (beloved yet sadly departed twins) and Theodore (age 1). Her first grandson, Brian Ney married to Kristina. They have three boys, Shay (age 4), Jaxsyn (age 3), and Jordy (just born in May). And the last grandchild she was blessed with, Eric Hewitt married to Hanna. They are currently expecting their first baby boy in September. Beyond family, Monica enjoyed gardening, watching classic movies, taking care and spoiling her dogs, and in her heyday taking a turn around the dance floor with Clyde. Monica passed on August 23, 2021, in Minneapolis, MN near her son and daughter-in-law. In a private gathering in Minocqua, WI on Friday, August 27, her family and friends will remember Monica’s life and all of its beautiful, sometimes challenging, always wonderful parts. In lieu of flowers, please make a donation to the Alzheimer's Association www.alz.org

They say life is a sum of all its parts. You can&#8217;t have the sum without starting at the beginning. And the beginning for Monica Katherine Hewitt (nee Spotofora) started on November 10, 1935, in Joliet, Illinois. She was born the only... View Obituary & Service Information

The family of Monica K. Hewitt created this Life Tributes page to make it easy to share your memories.

They say life is a sum of all its parts. You can’t have the sum...

Send flowers to the Hewitt family.