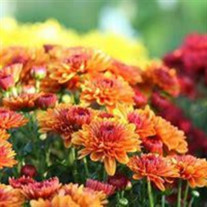 JoAnne Zickert (Powers) passed away peacefully on September 4 at Seasons of Life Hospice in Woodruff after a brief illness. She was surrounded by her three boys and her husband George. Currently, there will be no celebration of life services, but her friends and family will be notified when services are scheduled. The family wishes to express our deep gratitude to all of JoAnne’s friends for their care, concern and the support she received during the final weeks of her illness. JoAnne was born on September 3, 1935 to Ray and Ruth (Behling) Powers in Watertown. She attended St. Bernard’s grade school and graduated from Watertown High School in 1953. JoAnne was accepted to Marquette University with the thought of pursuing a career as a dental hygienist, but she met the love of her life, George Zickert. After meeting George, the two got married in 1954 and she followed George around the country as he enlisted in the U.S. Army. Along the way Ralph was born in Fort Riley, Kan., Robert was born in Fort Carson, Colo. and Ron was born in Watertown. After George was honorably discharged from the Army, the couple decided to settle in Oconomowoc and raise their three boys. JoAnne was the consummate mother, volunteering as a cub scout leader, she baked cookies and cakes for everyone, attended every wrestling match for her three sons while vocally letting the referees know when they missed a call and supported her boy’s drive to attend college. She was even a good sport and accompanied the family on many canoeing and camping trips down the Brule River, Namekagon River, Rock River, Sugar River and many more. Once their youngest son, Ron graduated high school in 1975, JoAnne and George moved to Appleton. At this time in her life, with the boys having “flown the nest”, she started to follow a postponed passion and concentrated on playing duplicate bridge. In 1979, JoAnne and George moved to Minocqua and purchased George’s uncle’s lake property. Over the years the little vacation cabin grew into a beautiful house and out buildings. Together they enjoyed traveling to almost all 50 states. Starting in the 1980’s JoAnne also began traveling with friends to Europe and Russia. She always came home with interesting stories and treasures from her travels and made new friends along the way. JoAnne enjoyed meeting new people, collecting unique items including pin trays and always playing bridge. Once she arrived in Minocqua, where she resided for 42 years, she was instrumental in organizing and assisting the Minocqua Duplicate Bridge Club. JoAnne was constantly hosting tournaments, matching up players and helping less experienced players learn the game of bridge. JoAnne earned her life master title in bridge after recording over 300 master points in competition. JoAnne and George were members of the Community Presbyterian Church of Lac du Flambeau and attended regularly. They both enjoyed local plays, concerts and fourth of July pontoon boat parades. JoAnne was a loving grandmother to her five grandchildren and spoiled them with cookies and pies when they came to visit and experience the north woods. JoAnne will be greatly missed by her husband, three sons and their wives along with the grandchildren. JoAnne was survived by her husband George, her three sons and their wives Ralph (Laurie), Robert (Peggy), Ron (Teresa) and the grandchildren Kyle, Michael, Alexandra, Kevin, Jessica as well as nieces and nephews. In memory of JoAnne, she asked that any donations be directed to the Minocqua Duplicate Bridge Club at Minocqua DBC, 121 Front Street, Minocqua, WI 54548.

JoAnne Zickert (Powers) passed away peacefully on September 4 at Seasons of Life Hospice in Woodruff after a brief illness. She was surrounded by her three boys and her husband George. Currently, there will be no celebration of life services,... View Obituary & Service Information

The family of JoAnne M. Zickert created this Life Tributes page to make it easy to share your memories.

Send flowers to the Zickert family.