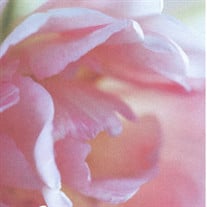 Elizabeth (Burrey) Smith, age 47, passed away peacefully on Monday December 17, 2018 in Minocqua, Wisconsin. She was born July 25, 1971 in Findlay, Ohio to Richard and Sue (Mackey) Burrey. She is preceded in death by parents Richard and Sue Burrey, grand-parents Gage and Elizabeth Mackey, and Leonard and Jean Burrey. She is survived by her husband Kirk Bangstad, sister Lisa Hedge, and three nephews, Travis (Elena), Tyler and Trent Hedge. Also surviving are several aunts, uncles and cousins who lovingly remember her. Elizabeth was a 1989 graduate of Thomas Worthington High School, where she played volleyball and basketball. Elizabeth attended Kenyon College and graduated from The Ohio State University as well as Capital University where she earned her MBA. She went on to work in the oil industry for 20 years where she served as a lobbyist, financial expert, oil trader, and executive. Her work took her overseas where she spent several years living in England and Switzerland. Most recently, she became a successful small business owner as the proprietor of two businesses in Minocqua, Wisconsin. Elizabeth was a perpetual athlete. She played college basketball and participated in many endurance events including marathons and ultra marathons. She also owned an exercise studio in Wisconsin, where she was known for her high-spirited spin classes and whole body yoga practice. Elizabeth truly lived life to the fullest and her energy was contagious. She loved to sing, dance, and create musical playlists, especially for her spin classes! She was also a voracious reader and life-long learner who was always looking for the next challenge. Elizabeth never did anything halfway – she had a strong drive and work ethic and was an inspiration to so many people whose lives she touched. One of Elizabeth’s greatest strengths was making friends and maintaining those friendships. Friends from all over the country and world will miss her. Elizabeth’s memorial service will be held in Minocqua, Wisconsin on January 4, 2019 at 5:30 pm at the Minocqua Brewing Company Contributions may be made in Elizabeth’s memory to: The American Lung Association 55 W. Wacker Drive, Suite 1150, Chicago, IL 60601

Elizabeth (Burrey) Smith, age 47, passed away peacefully on Monday December 17, 2018 in Minocqua, Wisconsin. She was born July 25, 1971 in Findlay, Ohio to Richard and Sue (Mackey) Burrey. She is preceded in death by parents Richard and Sue... View Obituary & Service Information

The family of Elizabeth B. Smith created this Life Tributes page to make it easy to share your memories.