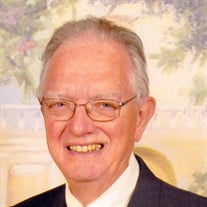 Dr. Charles E Reed, age 98, passed away Friday, July 24th, 2020 at Lakeshore Assisted Living in Minocqua, Wisconsin. Charlie was born on March 13th, 1922 in Boulder, Colorado to a respected extended family of physicians. He attended Harvard University and Columbia University Medical School. Upon graduation in 1945, Captain Reed served in the US Army Medical Corps stationed in New Mexico. He provided treatment and rehabilitation services for returning service members including many POW’s. Following his Army discharge, Dr. Reed practiced Internal medicine in Corvallis Oregon for 15 years and was one of the early founders of the Corvallis Clinic, where his interest in allergy began. In 1962 he became a professor of medicine at the University of Wisconsin - Madison. He pursued research, patient care, and implemented a fellowship training program in allergic diseases. Dr. Reed became head of the Division of Allergy and Clinical Immunology and established new standards in the care and treatment of patients with allergic and immunologic diseases. Following his tenure at the University of Wisconsin, he became department chair at Mayo Clinic in Rochester, MN. During his career, Dr. Reed served as president of the American Academy of Allergy and Immunology, senior editor of the Journal of Allergy and Clinical Immunology, co- editor of the book Allergy: Principles and Practice, and authored extensive scientific publications regarding allergic diseases and asthma. Dr. Reed was internationally acknowledged as a leader and pioneer in his field. He continued with research, patient care, and physician training programs until his retirement when he settled in Presque Isle, Wisconsin. Charlie was married twice, first to Marjorie Byrum from 1944-1960 (Jocelyn, David and Marian), and in 1962 to Janice Tullock, his loving wife of 58 years, (James, Walter, Barbara and Lawrence). He is survived by Janice, his children Marian (Mark) Sinkey of Seattle, WA, James (Kris) Reed of Boulder Junction, WI, Walter (Madelyn) Reed of Auburn, ME, and Barbara (Marc) Reed Kimball of Hugo, MN; 11 grandchildren, three great-grandchildren, and two great-great grandchildren. He was preceded in death by three children Jocelyn Sparrow, David and Lawrence Reed. Charlie was a humble, thoughtful, kind and gentle person whose wisdom and insight were an inspiration to many. A Celebration of Life will be held on Saturday September 19, 2020 at 1 P.M at the Northwoods Unitarian Universalist Fellowship in Woodruff. The family would like to give special thanks to the Ascension Hospice program and staff, and to Lakeshore Assisted Living for their excellent care. Bolger Cremation and Funeral Services is serving the family.

The family of Dr. Charles E. Reed, Jr. created this Life Tributes page to make it easy to share your memories.