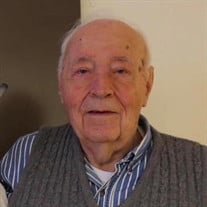 On April second of 1930 John Henry and Rose (Pereboom) Janssen welcomed their firstborn son who was christened Donald Earl. He was joined a few years later by a brother, Orlan. This family worked together through the lean years of the Great Depression in the house built by his Dad in the small town of Nokomis which was located on southern Illinois farm land. (When asked why our family menus never included sweet potatoes, Don’s response was he had had plenty enough from his family’s kitchen garden!) He enjoyed the boyhood pleasures of rural America: the local roller rink, boy scouts, placing pennies on the railroad tracks and clandestine swims in the nearby limestone quarry. And it was here that Don’s fertile mind discovered the hobbies that would carry him far beyond the endless corn fields of home. Don’s inventor, carpenter dad gave him the building skills which served him well throughout his life. He was always constructing things to make life better. Among them, wonderful bedroom furniture for his children, adjustable plant stands for his wife’s gardening pursuits, and a beautiful screened-in porch addition to the family lake cabin, where he was able to enjoy years of peaceful swing time, contemplating the woods and the activity on the waters of Tomahawk Lake. However, Don developed his two lifelong hobbies on his own. His fascination with photography seems to have surfaced in grammar school when he transformed a closet into his first dark room and used a beginner’s contact printer kit that included a metal box with a hole on the side for a light bulb and a glass window on top, paper, and chemicals. Since that day he has always managed to find a corner where he could operate a dark room (including the army barracks for the enlisted men when he was stationed in Paris, France) After graduating with a BS in Chemistry from the University of Illinois, Urbana/Champaign in 1953, it was not surprising that he found employment as a research chemist with Eastman Kodak Company in Rochester, NY. There he awaited the graduation of his college sweetheart, Greta Erickson, and then off they went to Paris in 1954 for his year and a half hitch with the Army serving as a Lieutenant in the Signal Corps at SHAPE (Supreme Headquarters, Allied Powers of Europe). Their son Eric made his appearance in France. Then back they went to a house in the suburbs of Greece, New York where they settled in to work and raise their family, which was soon joined by their daughter Kira. The second hobby that Don enjoyed throughout his life was singing. His part was tenor in numerous choral groups in college where he even stepped into the role as soloist with his Phi Sigma Kappa fraternity brothers in a pinning ceremony serenade outside Greta’s Alpha Phi sorority house! The Greece Choral Society became home for his talent during the Rochester years. Don was a research associate working on color film when he took early retirement from Kodak in 1985. In 1992 he moved with Greta to Northern Wisconsin - the place they loved best - and he continued his singing with the Lakeland Community/Conservancy/Campanile Chorus, the Northwoods Hymn Festival Choir and the Aurora Borealis Festival Chorus. Don managed to keep his life even fuller during retirement. During northern winters he worked on lovely woven art on his floor loom and transformed old photographs into exhibit pieces for the Minocqua Museum where he also served as a docent. His photographic work was first done in his basement darkroom in Woodruff and then on his computer, another hobby that started when he got his first Radio Shack TRS 80 PC. He also was an early officer in the Lakeland Conservancy which was established to hold easements to protect area land from development. Summers were spent at a cabin on Tomahawk Lake, birding, canoeing, pulling water skiers and giving wicked good tubing rides to the grandkids. He will be remembered by his family as a generous and involved Father and a good provider and will be missed by his friends and neighbors as an ever ready helping hand. Don was 90 when he took his last breath on September 8, 2020. He was at home in Woodruff with his family and under hospice care. He is survived by Greta, his wife of 66 years, and children, Eric Janssen of Salt Lake City, Utah and Kira (Janssen) Reoh of Jerico Springs, Missouri, his two granddaughters Lisa (Janssen) Mathis and Anna (Reoh) Turturica, step-granddaughters Kristin and LeAnna Moody, and seven step-great grandchildren. Don’s family is planning a celebration of his life next summer at the lake cabin. Memorials can be made in Don’s name to the Minocqua Museum, PO Box 1007, Minocqua, WI or the Lakeland Conservancy, c/o Bill Gabby, 6048 Beachwood Road, Mound, MN 55364.

On April second of 1930 John Henry and Rose (Pereboom) Janssen welcomed their firstborn son who was christened Donald Earl. He was joined a few years later by a brother, Orlan. This family worked together through the lean years of the Great... View Obituary & Service Information

The family of Donald E. Janssen created this Life Tributes page to make it easy to share your memories.

On April second of 1930 John Henry and Rose (Pereboom) Janssen...

Send flowers to the Janssen family.