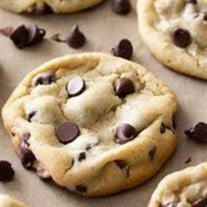 Della M. Konneck, age 77, of Union, MI passed away on Friday, September 17, 2021 at Milestone Senior Living in Woodruff, WI. She was born on February 25, 1944 in Elkhart, IN, daughter of Hubert and Wilma (nee Bash) Yeager. Della married Dallas K. Konneck on November 10, 1961 in Joliet, IL. Together they owned and operated Mari-Del catering for many years. She loved cooking and baking. Della will be remembered for her famous potato chip cookie recipe and using her granddaughter’s caramel puff recipe as her own. Della is preceded in death by her parents, Hubert and Wilma Yeager; husband, Dallas K. Konneck; brother, Ray Yeager and nephew, Jeff Yeager. She is survived by her children, Ronda (Barry) Gross and Kevin Konneck; grandchildren, Balie (Travis) Strasburg, Erin (Russ) Schoepke, Joshua Konneck and Ryan (Leslie) Konneck; great grandchildren, Casey, Tess, Monroe and R.J.; brother, Clinton “Pete” Yeager and many nieces and nephews. A Memorial Service will be held at 1:00 PM on Saturday, October 2, 2021 at Porter Baptist Church in Constantine, MI, followed by inurnment at Kessington Cemetery. The family would like to extend a special thank you to the staff at Milestone and Compassus Hospice for the love and care they gave Della.

The family of Della M. Konneck created this Life Tributes page to make it easy to share your memories.

Send flowers to the Konneck family.